Rosslyn Chapel is a unique 15th century chapel on the outskirts of Edinburgh. The historic site of Rosslyn is a must-see on your Scottish Tour. Kings & Queens, poets and artists have been frequent visitors through the centuries. Rosslyn Chapel’s original design was on a grander scale. The intention was for the Chapel to be visible from miles around. The family’s vision never reached that grand scale. This takes nothing away from the incredible architecture. Rosslyn Chapel is an unforgettable stop on a tour of Scotland.

Tours of Scotland from Edinburgh

Dan Browns “Da Vinci Code” brings Rosslyn Chapel to prominence in more modern times. The surge in visitor numbers due to the best selling book is the “miracle of Rosslyn.”

Rosslyn Chapel was almost lost. Thanks to the Rosslyn Trust and the restoration work continues. Scottish Guided Tours ensure you enjoy ample time on your private tour to admire the stone masonry work and detail of the Chapel.

Mystery and legend are all part of Rosslyn Chapel’s history, and one of the many reasons getting to Rosslyn Chapel is so important.

Getting to Rosslyn Chapel

Queen Victoria could not believe the dilapidated state of the chapel on a visit in 1842.

She “encouraged” the Earl of Rosslyn to save the by now crumbling sandstone chapel for the nation, after all the chapel survived the violence and terrible destruction of the 1500s.

Getting to Rosslyn Chapel with Scottish Guided Tours, in our opinion is the most convenient, fun and comfortable way to explore Scotland from Edinburgh.

The history, legend and mystery that surrounds Rosslyn Chapel are incredible. Oliver Cromwell even used the chapel to stable horses in 1650. Henry VIII attacked Rosslyn, the Scottish Army defeated a huge English army in 1303, during the Wars of Independence in Roslin Glen.
The Chapel at Rosslyn remained unharmed, but as the centuries past, Rosslyn was being defeated. Not by human hand but by the Scottish weather.
The chapel once so loved and admired was by now windowless, crumbling and being constantly battered by blizzards and howling gales ( normal Scottish Summer weather)
Conservation continues, and our Rosslyn Chapel Tour is an outstanding addition to your Scotland travels.
Once more admired and restored so
Contact us

Private guided tours of Scotland depart from - Contact us 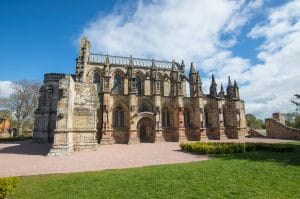 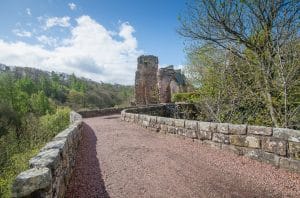 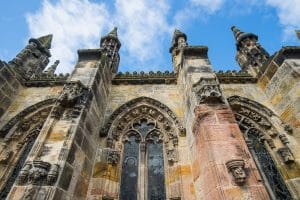 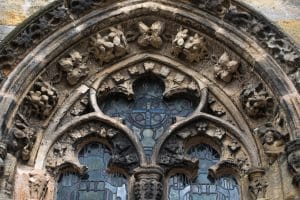 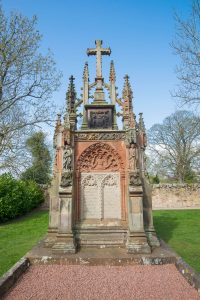 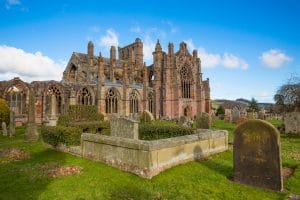 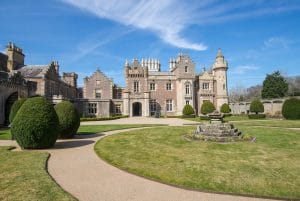 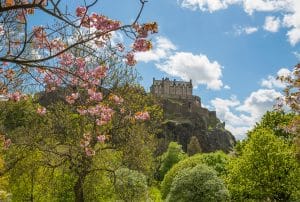 Explore the most important Castle in Scotland and walk in the footsteps of Kings & Queens. Enjoy the beauty of the Loch Lomond & Trossachs National Park.

Experience the famous Loch Ness and the rugged landscapes of Glencoe. The ultimate day tour of Scotland.

Follow in the footsteps of Jamie and Claire Fraser on our private Outlander day Tour. Travel through the timeline of Scottish history.

Discover the hidden gems of the beautiful Scottish Highlands and experience the wonder of famous and sometimes infamous Glencoe.

Travel to England on a private Alnwick castle tour. A stunning classic Castle steeped in history & full of treasures. Walk in the footsteps of Vikings at Lindisfarne before flying a Broomstick at Hogwarts.

Scotch Whisky tours of Scotland are a unique and enjoyable way to discover Scotlands culture, history and folklore. Enjoy a wee dram of the ‘water of life’ at our carefully chosen Scotch Whisky Distilleries.

Design your own bespoke private tour of Scotland. Your time frame & your interests. Contact us and lets plan your perfect Scotland tour.

Chesapeak Tourist
Read More
You Won't Regret a Tour with Niall! In the spring of 2018, our party of 3 adults visited Scotland for the first time. We arranged a day-long private tour outside of Edinburgh with Niall McOwen. Before arrival, we exchanged emails about our expectations. Some attractions the three of us asked to see were probably the usual tourist fair for first time visitors, but Niall also took us to places we didn't even know to ask about! Mr. McOwen was considerate, interesting, knowledgeable and truly concerned about the desires of our group. Around mid-day, the restaurant he chose provided us with good food, a bit of shopping and some time for us to get to know each other better. Getting to see this beautiful country through his eyes helped me to understand more of Scotland, its history and its citizens. If we are ever blessed to visit Scotland again, Niall will absolutely be included as part of our trip.

Lori Q
Read More
An Epic Day to Remember! Scottish Guided Tours offers some preplanned itineraries, but their specialty is in working with you to customize a single or multi-day tour to fit your specific needs. We’d been to Scotland in the fall of 2017 and started planning our second trip as soon as we got back. We wanted to go to places a bit off the beaten track this time, so contacted Niall McOwan of Scottish Guided Tours. Niall built on our “must see” request, and suggested some other sites that worked well with our schedule. He picked us up from our hotel, and gave us an absolutely epic day to remember! One highlight was visiting an Old Kirk that is the final resting place of the famous Highlander Rob Roy MacGregor. Just behind the Kirk, we hiked up a trail that took us to a rallying point overlooking Loch Voil. A stone cairn at marked the place where Clan MacLaren would have lit a fiery cross to summon their men to battle. The view from this spot was just breathtaking! Throughout the day, Niall filled us in on the significance, history, and lore related to our stops. In addition to taking us to absolutely stunning viewpoints and ruins, he knew the best places to stop for lunch, coffee, and restrooms. 🙂 Our entire experience with Scottish Guided Tours from planning to the drop off back at our hotel was smooth, professional, friendly, knowledgeable and fun! I can without any hesitation recommend this service to anyone looking for a custom tour in and around Scotland.

Laura M
Read More
First guided tour, Don’t often write reviews but felt the need to for our trip. We live in Spain and decided on a little trip back to the motherland,we were not disappointed and our trip was made even better by Niall,his knowledge and passion for his country and what he does is evident,not your bog standard repitive tour guide,there was not one day of our trip that he didn’t have us laughing. Can highly recommend Scottish guided tours,we will return and when we do,we will definitely be booking with Niall.

Kirstie BEdradour Distillery & Best of Scotland Day Tour
Read More
Best of Scotland & Edradour Distillery Day Tour We spent a really entertaining and informative day with our guide, Niall ( Neal in Gaelic). He took us north to see the three bridges from different eras that span the Firth of Forth. It was fun to see a train go over the old one. Then we were off to Dunkeld, the river Tay, a wee hike in the woods to find a salmon ladder (alas,, no salmon running at that moment), coffee at a charming shop in Dunkeld, a tour at Edradour Distillery, the only remaining hand made single malt whiskey in Scotland, and the smallest to boot. We had a quick look at the village of Pitlocry, and ended the day at Loch Tummel to see The Queen's View. One more coffee stop, and it was back to Edinburg. But the best part of this fine day was the time we spent with Niall, who was a font of information, jovial and witty. As one does, we compared cultures, talked about everything under the sun, and laughed together much of the time. If you are looking for a tour guide with a warm demeanor and a kind and helpful personality, Niall is the best.

Ickles FamilyPrivate Tour of Scotland
Read More
Best Day Ever!!!! My family and I had the good fortune to have Niall as our personal tour guide for a day during our vacation to Scotland. We found that one day wasn't enough! Niall taught us more about his country in 10 hours than a professor in History could have done in 10 weeks. He was an absolute pleasure to be around. He made sure our day was spectacular from beginning to end. We can't wait to go back and let Niall show us more!

DMarieCExtraordinary & Outstanding
Read More
Extraordinary and outstanding! With all the great tour guides I have hired, Niall stood out. He was with our family from Nov. 21-25. He picked us up at the Edinburgh airport and we started touring immediately. seeing the Kelpies, South Queensferry and the Forth Bridges all in the first afternoon. After that, we spent four more days together while he regaled us with history, legends and fairy stories. He listened and did not interrupt. Niall seemed to know how much to talk and how much to listen. He played the most beautiful Scottish music as we drove. We felt immersed in Scottish history and culture. He even wore his kilt for two of the five days. He went out of his way to accommodate our dietary needs. (It really helped that he is vegan himself.) We traveled through ancient woodlands, burial sites, battlefields, castles, fairy pools and fairy glens, mountain ranges, Outlander, Harry Potter and other film sites. We ended up enjoying him so much that we considered him part of the family and wanted him for the rest of our stay. Finally, we all noticed how kind Niall was with not only us, but with everyone including other drivers, restaurant staff and hotel staff. I only hope that he will be available when we return. We thought that Scotland was magical and that magic was mainly because of him. We would never tour with anyone else. Niall is the very best.

Wendy MPrivate Tours are the best!
Read More
Private tours are the best! Spending a day doing what you want to do is the best tour option! We had been on many small group tours and found them enjoyable, but for the ultimate tour experience, choosing your day exactly how you want is definitely the way to go! Niall, at Scottish Guided Tours, is the man for the job! He picked us up at our hotel, and we spent the day exploring the Trossachs National Park. We visited four lochs (lakes), several historical locations, explored at our own pace and hiked to breathtaking locations that we wouldn't have known about if it weren't for Niall's expertise of the area. You don't need a headset to explain every step of the way when Niall is happy to provide you with history and insight into each location. He is also kind, funny and a great companion for touring around (he knows all the great food stops, too). During our last visit to Scotland, I felt the tour stop locations were a bit crowded, and I wanted to do a little more hiking into the depths of the beautiful forests of Scotland. We hiked to incredible mountain viewpoints, beside streams and along lochs. It was the best! Of course, if hiking isn't your thing, the beauty of Niall's tours is that you can do anything you want - well, with time and distance considered. 🙂 Don't hesitate, contact Niall to discuss 'your' trip. You won't regret it!
Previous
Next
Facebook
Twitter
Youtube
Instagram